We are in need of volunteers for the Tour D’Coop event on Saturday, May 18, from 10 a.m. to 4 p.m to assist with ticket sales and food collection. The volunteer duties and roles are divided into shifts and locations at the various ticket sites. The locations are Whole Foods Wade Ave, Whole Foods North Raleigh, Whole Foods Cary and Seaboard ACE Hardware. Additional information will be provided if you are interested in volunteering.
There will be a short information meeting on Monday, May 13 at 6 pm at Urban Ministries at 1390 Capital Boulevard in Raleigh. We will review roles, logistics and answer any questions. Please plan to attend if you are able.
Here is a detailed list of the volunteer opportunities and shifts for the event:
Tour D’Coop Volunteer Opportunities:
Ticket Sales: Assist with ticket sales and collection
Shift 1: 9:30am-11:50am, 2 volunteers needed
Shift 2: 11:50am-2:10pm, 10 volunteers needed
Shift 3: 2:10pm-4:30pm, 13 volunteers needed
Food Pick-up Assistance: Assist in collecting cans from various ticket sale points
Shift 2: 12:45 pm-3:30pm, 2 volunteers needed
Shift 3: 3:30pm-5:00pm, 2 volunteers needed
All of the proceeds from these events will go towards Urban Ministries’ efforts to provide food, shelter, and medical care for 24,000 of our neighbors in need each year.
Interested volunteers should contact, Martha Browning at 919-256-2187 or mbrowning@urbanmin.org. Thank you for all of your help.

When I was 11 or 12 years old I was hired to clean cages in a poultry factory farm in rural Michigan. The images, the smells and the cruelty these hens suffered never left me. I knew there was a better way to buy and/or raise food.

I decided to start owning backyard chickens about three years ago after we settled into our new house. I saw a couple of my friends each build coops, but it was my first Tour D’Coop that left me completely enamored. This was one giant step toward knowing where your food comes from, and really gave me the motivation to continue pursuit of my own coop. My ultimate reasoning behind raising my own laying hens was because it was the only way I could guarantee the eggs we ate were raised humanely. For it to turn in into such a fun hobby makes it that much more rewarding.

I’ve heard many times how poultry may be the most abused animals in the world. From my experiences I can see where this statement could be true. We’ve all seen photos of “battery hens” (egg production hens) crammed in cages, row after row and aisle after aisle. Battery hens live their entire lives like this. When they are tiny chicks, farms will burn the tips of their beaks off in a device that looks like a giant pencil sharpener. The beaks are clipped off so they can’t peck each other within the tiny confines of the wire cages. Even the beaks of cage-free hens will be clipped to avoid pecking in crammed quarters. Production hens will grow up and never see sun light, never chase bugs, or dig in the dirt. They sit in feces-filled quarters side by side, day after day. The labels on egg cartons can be very deceiving. It is all sneaky marketing to make you think your money is going toward humane farm practices. To learn more about marketing and egg cartons labels check out this handy link. 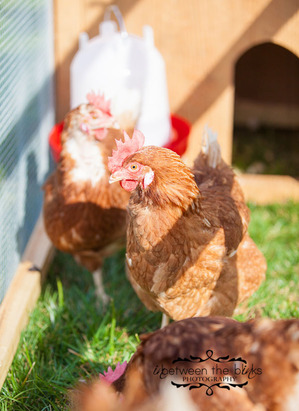 Now that I have a backyard flock of my own, I researched how to give a second chance to some of the hens living in factory farms. I learned that most egg production facilities dispose of their “spent” hens when they are only two years old and/or decreased laying production by as little as 20%. So the majority of hens are either euthanized by gas, disposed of in landfills, or sold to large companies for either chicken soup or by-products in dog food. The thought of a hen being deemed “worthless” when she is “only” laying at 80% capacity makes me roll my eyes. What a waste! Keep in mind too, these aren’t the average laying hens, these are production breeds. So when we say they’re laying at 80% that means at least one egg a day, sometimes two. These hens still have many good years of laying ahead of them. and deserve to know what life is like outside of an ammonia-filled production barn.

Many people chuckle when they hear the idea of giving a second chance to a production hen. “There are billions chickens in these large factory farms. what does one or two hens matter?” I am reminded of the starfish parable:
An old man had a habit of early morning walks on the beach. One day, after a storm, he saw a human figure in the distance. As he came closer he saw that it was a man and he was not dancing but was reaching down to the sand, picking up a starfish and very gently throwing them into the ocean.

“Young man,” he asked, “Why are you throwing starfish into the ocean?”

“The sun is up, and the tide is going out, and if I do not throw them in they will die,” said the young man.

“But do you not realize that there are miles and miles of beach and starfish all along it? You cannot possibly make a difference.”

The young man listened politely, paused and then bent down, picked up another starfish and threw it into the sea, past the breaking waves, saying, “It made a difference for that one.”

So far we have saved a handful of hens, but there are always more. These photos are of the hens the first time they set their feet on grass. You can see they’re missing feathers, their toe nails are overgrown, and their beaks are cut short. The ones we’ve rescued so far have become friendly, comical, and outgoing backyard pets. They’ve gone from being numbered to having names!

The passion for humanely raised food started about 20 years ago while working that farm in rural Michigan. Those memories are driving me to make a difference today, one hen at a time. If you have room in your coop to give a second chance to one or two production hens, please email hen.rescue@gmail.com

WHEN: Saturday, June 1, 9:30 a.m. OR Sunday, June 2, 2:00 p.m. OR Monday, June 3, 6:30 p.m.
WHERE: Room 159, Kilgore Hall, NC State University
COST: A fee of $10 per person will be requested. (No pre-registration required.)
This presentation by long-time chicken-keeper Bob Davis will confirm that keeping backyard chickens is both desirable and attainable. Chickens produce eggs, are wonderful pets, and provide an earth connection for their owners. Details of their care will be covered, including sources of birds, housing, feeding, and health.
Bob will present the ‘Chicken Keeping 101’ talk on three separate dates and times. It is the same talk each time, so you need only attend one. The talk lasts about 2.5 hours, depending on questions, with time for further questions at the end.
Free parking is available in the Brooks Lot on the corner of Brooks and Hillsborough. Kilgore Hall is directly across Hillsborough Street from the parking lot (bamboo structures in front). Room 159 is located in the center of the building on the first floor. Please try to arrive a little early, so that we can start on time. Doors to the building are locked shortly after the class begins.

Photos and descriptions for each of the 21 coops on the 2013 tour are now available at tourdcoop.com/coops. This year’s tour, set for Saturday, May 18 from 10 a.m. to 4 p.m., features 9 new coops, including one within the Town of Cary.
We’ll be posting a map with the general locations of each coop by early May. A map showing the general locations of each coop is now available. Full addresses for each coop will be available on the morning of the tour, either via an emailed ticket (for those who purchase a ticket online by Friday, May 17) or by getting a ticket at one of our ticket locations on the day of the tour.

Get ready for an eggstraordinary event at Whole Foods Market� in Raleigh on Blue Ridge Road, this Saturday, March 23rd – it’s Eggstravaganza! Whole Foods will be celebrating the versatility and deliciousness of eggs with samples and recipes, as well as a variety of fun events. We’ll be there from 11 a.m. – 2 p.m. with some of our special feathered friends and will be passing out information about the upcoming Tour D’Coop. Please come by and see us!
For more details about the event, click here.

It’s a COCK-Tail Party – to kick off the Tour D’Coop!
Join Raleigh hen enthusiasts, Urban Ministries of Wake County, and friends for a COCK-Tail Party – a preview party for the Tour D’Coop! Enjoy the lovely landscape, happy hens, and fun fellowship!
Your support of the party will help Urban Ministries continue to provide the basic necessities of life – food, shelter, and medical care – to 24,000 of our Wake County neighbors each year.
When: Sunday, April 21, 6 to 9 “o’cluck”
Where: Roost of Anna Baird and Hunt Choi, 3623 Bellevue Road, Raleigh, NC 27609
What: Kick-off for the 2013 Tour D’Coop!
The Choi’s chicken coop and lovely garden are a must see on this year’s tour. Guests will enjoy drinks, delicious food, live music, a wine grab and exciting silent auction prizes. Space is limited- adults only please.
Tickets are $25 per person. Sponsorships are available for $500, $250, and $100, and include tickets to the party.
Purchase tickets and sponsorships online here. All major credit cards accepted.
To purchase tickets or to sponsor with a check, please contact Suzanne Regan, Urban Ministries Finance, at 919.256.2171, sregan@urbanmin.org.
Don’t miss this amazing opportunity to visit this lovely landscape, happy hens and enjoy wonderful fellowship! Space is limited!
Photos from the 2012 Cock-A-Doodle-Doo COCK-Tail Party

Become a cocktail party sponsor »
Learn about other sponsorship opportunities »

Remember: All proceeds from Tour D’Coop go to Urban Ministries of Wake County. Just in time for Easter, make these adorable little Easter chick treat holders as party favors or to go in Easter baskets! Click here for instructions.
Also, mark your calendars for this year’s Tour D’ Coop, being held on Saturday, May 18, 2013! We have over 20 coops lined up in Raleigh and Cary! You can purchase your tickets at tourdcoop.com.

We are now accepting applications from Raleigh & Cary chicken owners who wish to be a stop on the 2013 Tour D’Coop on May 19. Homes within the entire City of Raleigh and Town of Cary will be considered for inclusion this year. Applications are due no later than February 20. Please fill out the online application and include 3 digital photographs of your coop.
Stay tuned for more information about the 2013 Tour.

WHEN: Saturday, Oct 27, 9:30 a.m. OR Sunday, Oct 28, 2:00 p.m. OR Monday, Oct 29, 6:30 p.m.
WHERE: Room 159, Kilgore Hall, NC State University
COST: A fee of $10 per person will be requested. (No pre-registration required.)
This presentation by long-time chicken-keeper Bob Davis will confirm that keeping backyard chickens is both desirable and attainable. Chickens produce eggs, are wonderful pets, and provide an earth connection for their owners. Details of their care will be covered, including sources of birds, housing, feeding, and health.
Bob will present the ‘Chicken Keeping 101’ talk on three separate dates and times. It is the same talk each time, so you need only attend one. The talk lasts about 2.5 hours, depending on questions, with time for further questions at the end.
Free parking is available in the Brooks Lot on the corner of Brooks and Hillsborough. Kilgore Hall is directly across Hillsborough Street from the parking lot (bamboo structures in front). Room 159 is located in the center of the building on the first floor. Please try to arrive a little early, so that we can start on time. Doors to the building are locked shortly after the class begins.

Become a sponsor »  |  More about our sponsors »